The Night Before or The Morning After…DIY Breathalysers. Be Prepared ! Update October 2012

It’s official, as from July 1st 2012 it will be compulsory to have a couple of brethalyser kits in the car when you visit France in your car, motorbike or scooter. It is intended that YOU should DIY to check whether or not you are over the French limit. The legal limit is 50mg per 100ml of blood (the UK limit is 80mg). 80mg of alcohol in 100ml of blood fine of €135, and lose 6 of their 12 points on the driving license. Higher alcohol levels warrant a fine of € 4,500, loss of license and imprisonment up to 2 years.

A single use disposable breathalyser kits that are set to 0.05 % BAC (EU driving limit for most countries within EU) Failure to present a breathalyser during a traffic inspection will not be punished until November 2012, when a fine of €11 will be imposed. During the transitional period, the forces of law will remind motorists that this is a legal requirement. It is strongly recommended, that at least two disposable kits are carried so that the legal requirement can still be met once the driver has used a test kit. The breathalyzer kits will be available to purchase at ferry ports and at the Chunnel departure lounge, however, busy roads on the way to ports often mean you don’t have the luxury to buy them. A quick look online shows that Hafords and Amazon both sell disposable kits and reusable ones, but make sure you check to see if these meet the French requirements.

Update October 2012 DRIVERS have been given an extra four months grace ( March 1st 2013) over the imposition of €11 fines for not carrying breath tests – and the law may even be scrapped. Due to a shortage across the country costs for the kits have soured, once €2 now  up to €5 in some shops. Minister Manuel Valls said he wanted to use this interval to evaluate the usefulness of the law.

Update January 2013  The law regarding breathalysers  kits is being re -considering. You will also need to check these … http://driving.drive-alive.co.uk/driving-in-france.htm#Radar

Update March 2013 France has finally dropped plans to fine motorists who do not have a breath test kit in their vehicles – but has left in place the law obliging them to carry the kits. 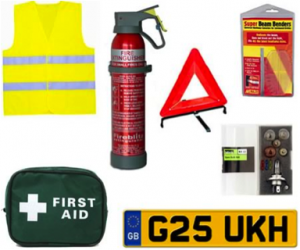