In the Limosin region of southern central France a ghostly village, Oradour-sur-Glane, stands forsaken and forlorn. Today only inquisitive tourists bring human life to the horror of one of the worst war crimes committed by the German army in World War II. 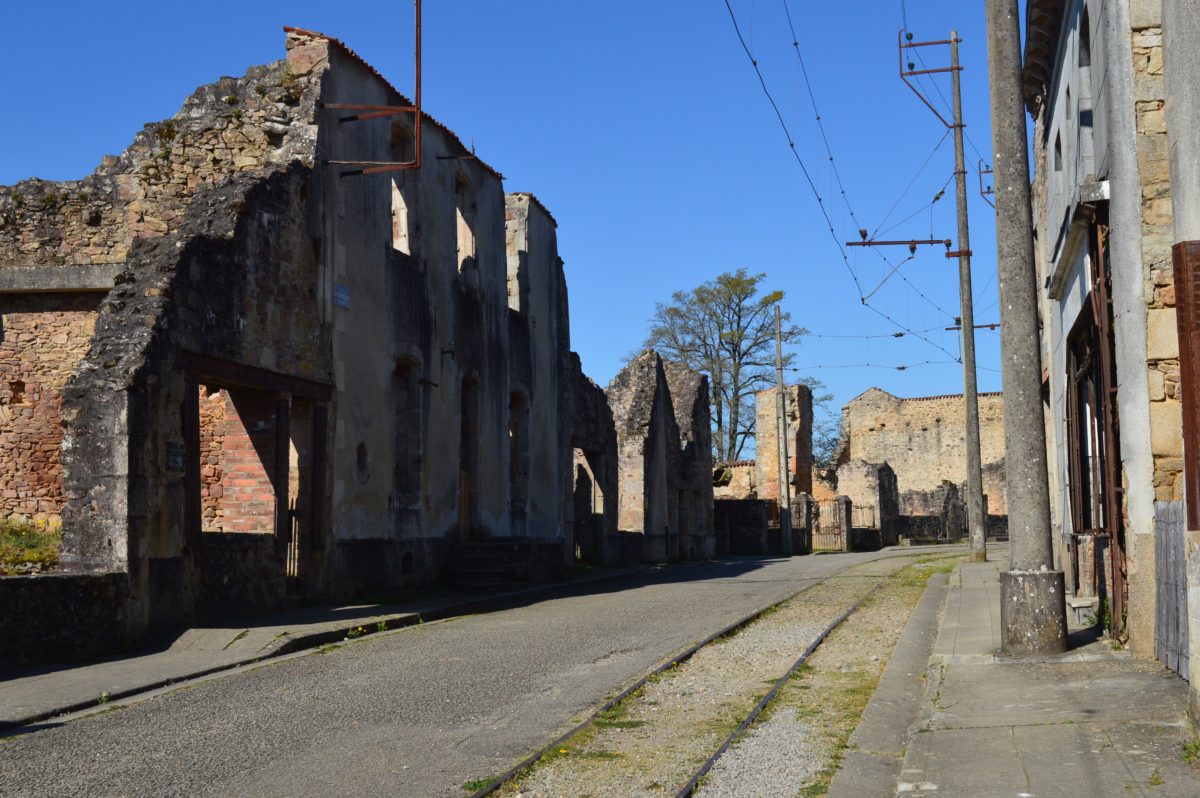 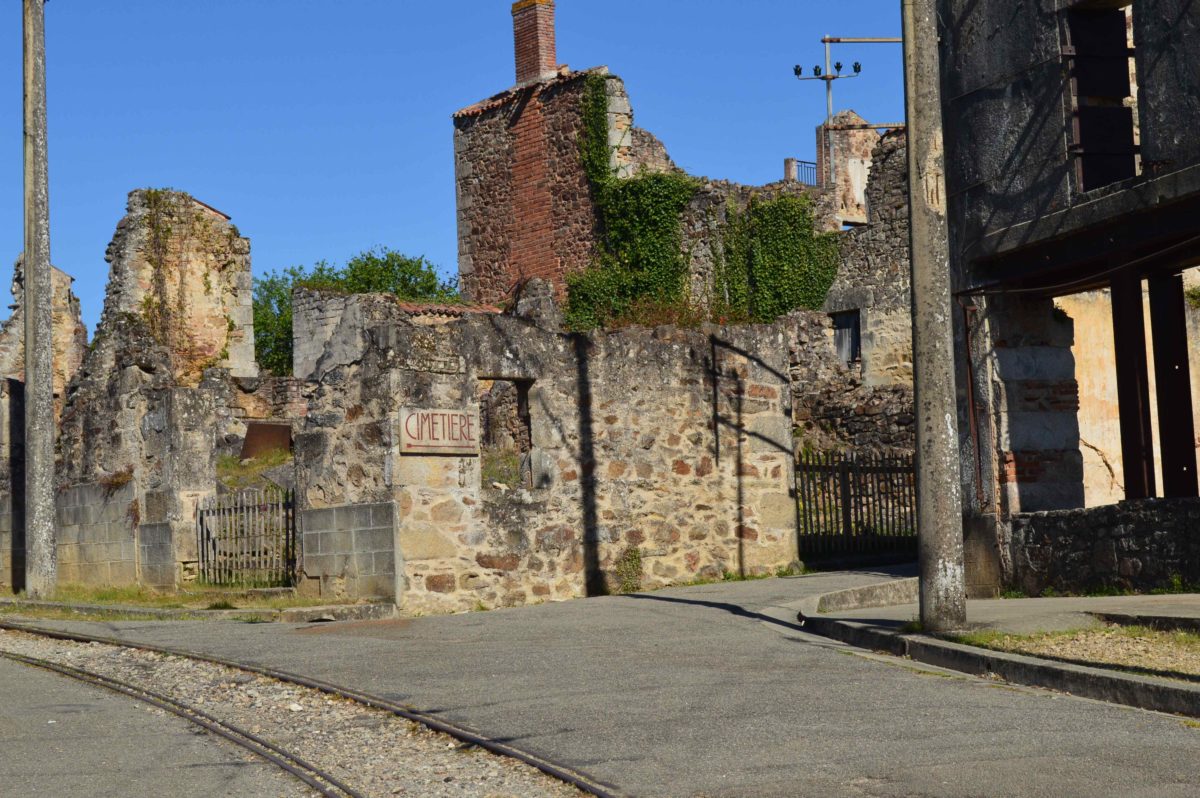 Around 2 p.m. on 10 June 1944, four days after the Allied invasion of Normandy, approximately one hundred and fifty Waffen-SS German soldiers entered the tranquil village.

For no apparent reason Hitler’s elite troops destroyed every building in this peaceful village and brutally murdered a total of six hundred and forty two innocent men, women and children,

On that beautiful summer day the defenseless inhabitants of Oradour-sur-Glane were aggressively dragged from their homes.

The sick and elderly were included in the shameful raid. The population was ordered to assemble on the village Fairground on the pretext of an identity parade.

Machine guns were pointed menacingly at the terrified group. After some minutes the women were separated from the men and marched a short distance to the small Catholic Church. Mothers carried infants in their arms or pushed them in baby carriages. 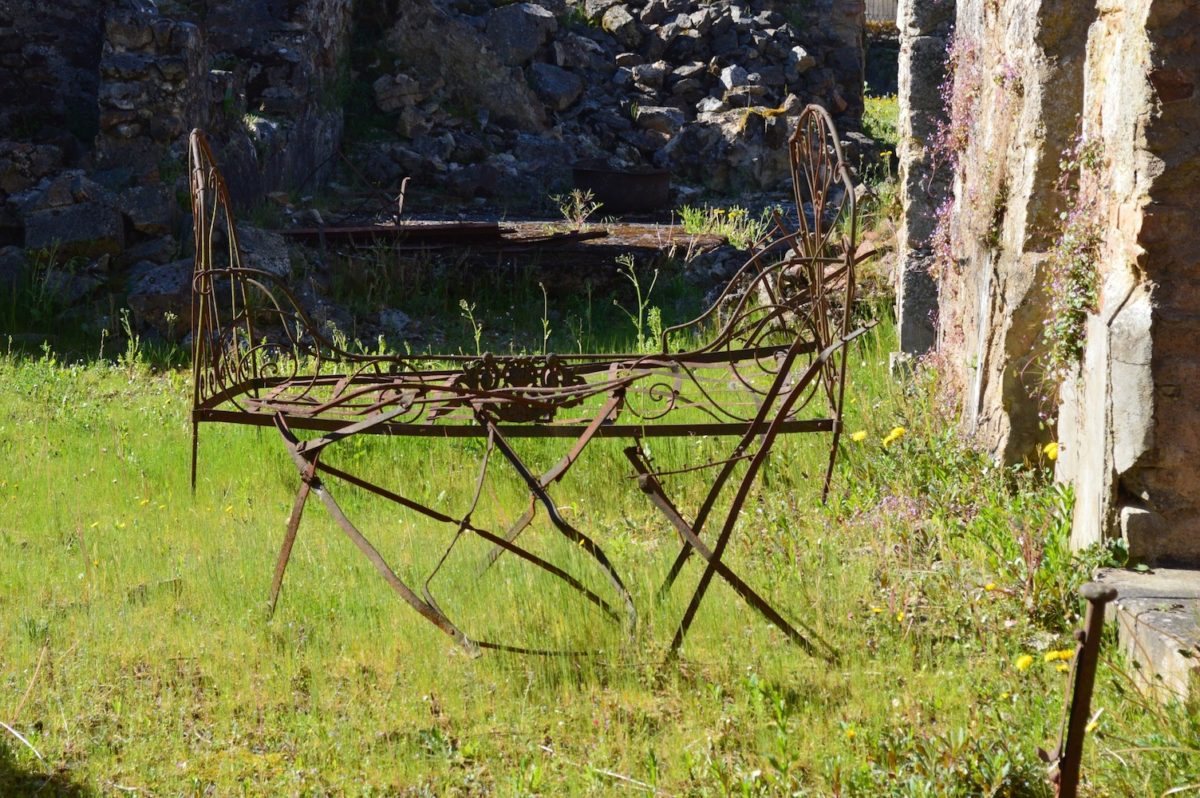 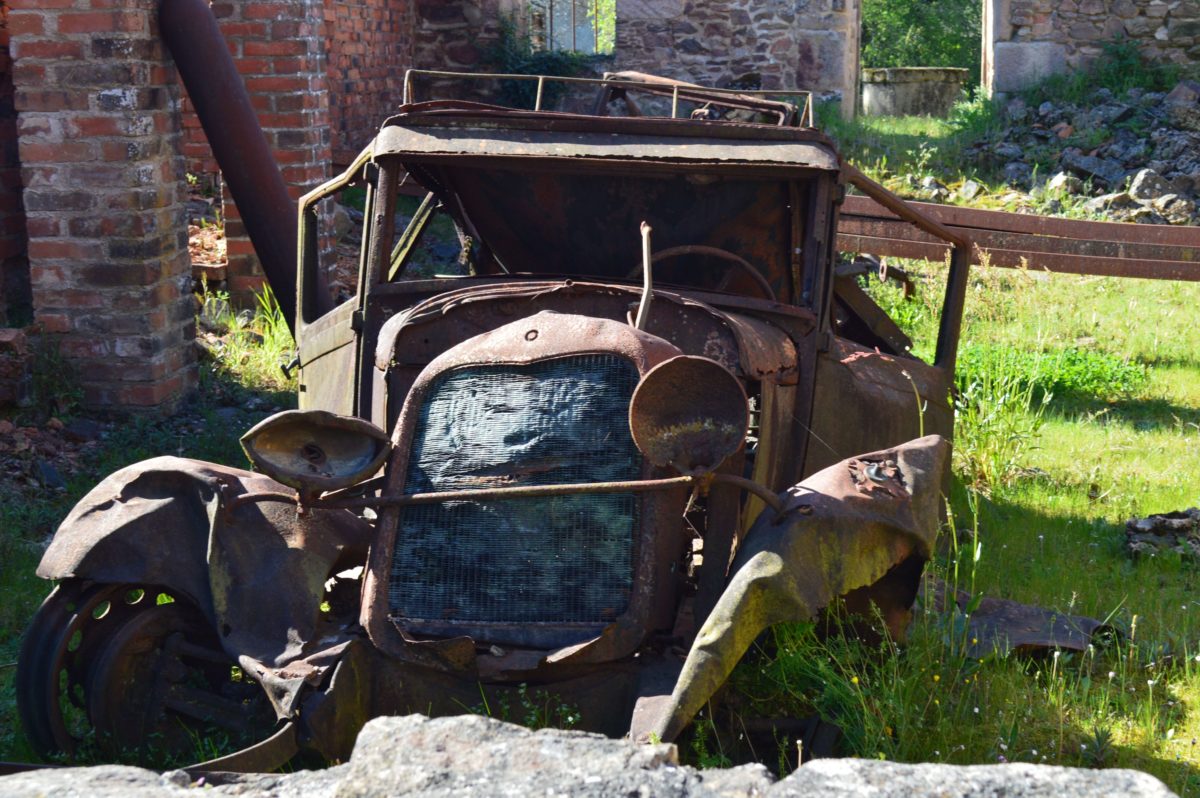 The men were then ordered to line up in three rows and face a wall that bordered the Fairground. A short time later they were randomly divided into groups and herded into six buildings, which included a barn, a garage, a smithy, and a wine storehouse.

Around 4 p.m. a loud explosion was heard. This was interpreted as being a signal for the SS soldiers to begin firing their machine guns at the defenseless men. Most of the men were wounded in the legs and then savagely burned alive.

At around five o’clock every building in the village was set on fire. Six men managed to escape from one of the burning barns but only five of them survived.

These escaped men were later able to testify in court and give a first hand report of the unjustified German barbarity against blameless French civilians.

The Oradour church was relatively small and could only seat around three hundred and fifty people. Despite these cramped conditions two hundred and forty five frightened women and two hundred and seven distraught children were forced at gunpoint to enter the church.

The women and children were locked inside the church while the SS soldiers systematically looted all the homes in this prosperous farming village.

Around four o’clock, two SS soldiers planted a gas bomb inside the church that was still packed with helpless women and children.

The church was instantly engulfed in a cloud of noxious black smoke. The intention had been to asphyxiate the women and children.

As the desperate prisoners pressed against the church doors in an attempt to escape SS soldiers entered the crowded smoke-filled church and fired hundreds of shots at the hapless victims.

Their shots were aimed at a low trajectory to ensure that the bullets also killed the children. A gang of SS men stood outside the church ready to machine-gun anyone who managed to escape.

Hand grenades were tossed into the church blowing up babies in their prams. Brushwood and straw was then carried into the stone church and piled on top of the writhing bodies of those who as yet had not perished. The church was then set on fire. According to a Bishop’s office report, the screams emanating from the church could be heard from a distance of two kilometers. 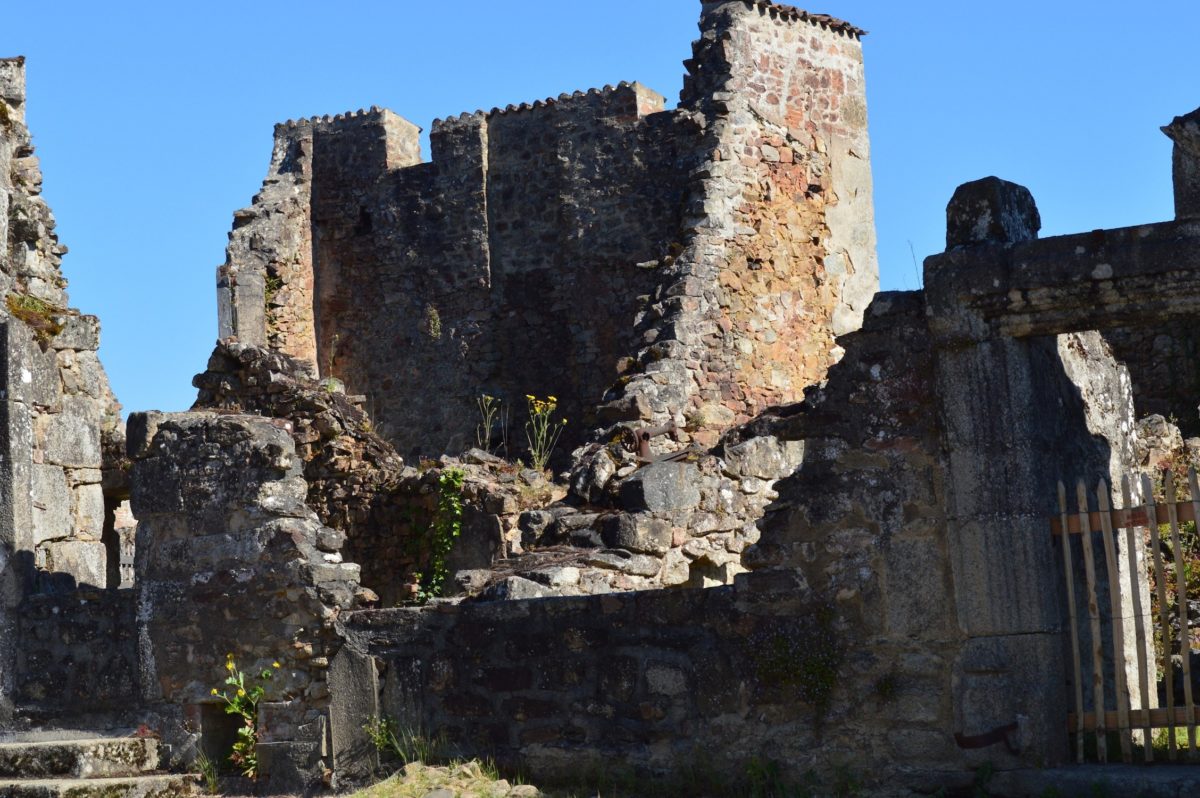 A forty seven year old grandmother was the only person who escaped from the church. Taking advantage of a cloud of smoke, she hid behind the main altar where she found a ladder that had been left to light the altar candles. Madame Marguerite Rouffanche used the ladder to climb up to a broken window behind the altar from which she leapt nine feet to the ground. She was hit by machine gun fire and wounded four times in the legs and once in the shoulder. Despite her injuries she was able to crawl to the garden behind the presbytery.

There she painfully hid among the rows of peas until she was rescued the next day. It took a full year for her to recover from her wounds.

In 1953 she testified before a French military tribunal in Bordeaux about the German massacre of the women and children in the church.

The late French President de Gaulle of Franc ordered that the destroyed village remain in its ruined state to remind new generations of the horrors of war.

Tourists are able to visit the ruins of this village and experience the feeling of horror that it’s tragic memory brings to the human soul.